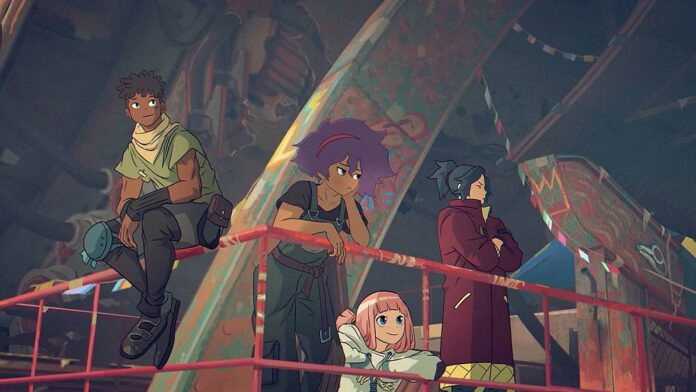 Each September, Toulouse, in the South of France, welcomes the return of the Cartoon Forum. It is the biggest European event for the animation sector and TV series in particular. For 3 days, producers have the opportunity to pitch their project in front of 1000 broadcasters, investors and other potential partners from 40 countries.

Annick Maes, is the Gen­er­al Director Cartoon at Cartoon, which is a non-profit organisation who produced the Cartoon Forum and describes how animation has evolved from culture to  industry.

“Animation industry in general is no longer just culture, it’s really industry, it’s really economic point of view, a lot of people are working in animation (sector). Today, people don’t realize all kind of animation they see in their daily life and also what is very important is that animation is not just only for children.”

The guest of honor this year is Spain, where animation is booming. With many European or South American co-productions like FirstsLas Primeras, about exceptional women who were the first in their field. María Peña is the CEO of ICEX Spain Trade and Investment and she speaks abouot the importance of co-productions.

“It is worth mentioning in Cartoon Forum the importance that our sector gives to co-production. Spain has more than 30 international co-production treaties with different countries and approximately 70 percent of the titles that are currently being produced in Spain; around 50 titles, throughout 2022; 70 percent are Spanish co-productions.”

Each project is presented or pitched by the film team. Three full days are devoted to pitches and allow all the various prodcuers of the sector to meet. Magic Mission in Mexico is a co-production between France, Belgium and Luxembourg and the pilot has already been sold in 17 countries. The goal of the producers is to finance a series of 10 episodes.

One of the most original projects of this Cartoon Forum is the series My Superhero Husband, awarded by Disney at the Annecy Festival, and which humorously subverts the codes of the superhero and the genre. Glen Beaudin, is the co-producer and describes the international collaboration involved the production.

“We are based in Berlin, she is Austrian, I am American and they are Greek but it’s a global effort to represent Queer identity in animation and, even here, on a kind of a business side, we, as far as we know, are they only LGBTQI represented animation project”

Another highly acclaimed project is The Tern which was made in France, and rivals what the Americans or Japanese have been able to achieve in animation.

Since its cre­ation in 1990, the Cartoon Forum has helped provide a platform for 922 series to find financ­ing, rep­re­sent­ing a total bud­get of 3.95 bil­lion EUR.