HomeSportsChristian Wood offers honest response if he deserves to start for Mavs...
Sports

Christian Wood offers honest response if he deserves to start for Mavs amid productivity off the bench – TalkBasket.net 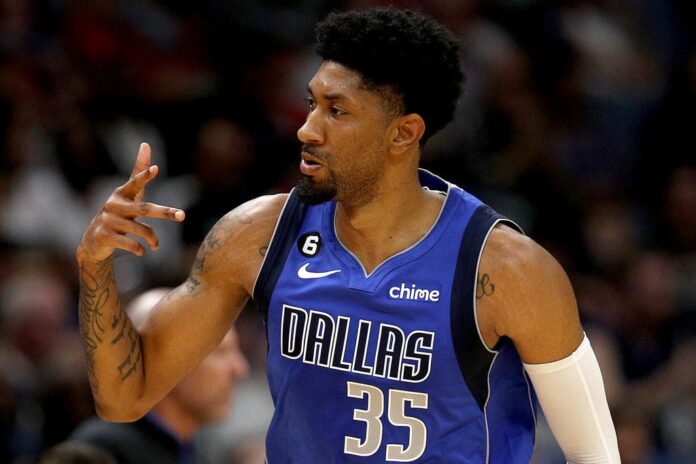 Christian Wood had a candid response when asked in post game of the Dallas Mavericks’ loss against the Boston Celtics if he thought he rightfully deserves to start for the club.

This comes from the notion that Wood – who came off the bench again on Wednesday – dropped a massive double-double of 26 points and 12 boards in a highly-efficient 10-for-14 shooting in 34 minutes against the best team in the regular season to start.

“I think I’m gonna just keep that personal opinion to myself,” answered Wood when asked about if he thinks he is a starting player. “But what I can say is I’m enjoying my time here. I love playing for Dallas. These guys, they support me. they pick me up when I have bad games. Things are going great.”

Wood still playing off the bench has been a hot topic of discussion down in the Mavs camp. After gaining his rights from the Houston Rockets last offseason, many have assumed that superstar Luka Doncic has gained a major one-two punch partner at front.

But head coach Jason Kidd had some other plans. Despite the offensive talent and that All-Star potential that the big man possesses, Kidd appointed him to become a Sixth Man – an adjustment that drew mixed reactions around the league.

As the early season progresses, Dallas has been battling an upside down progress, currently 10th in the West with a 9-8 record. Despite Doncic’s legendary season yet again, the Mavericks have been struggling to keep things up in the tight competition within their conference.

As Wood is still lobbying on his bench role in a professional manner, currently dropping 17.3 points and 7.8 boards in an impressive 58.5 percent shooting, questions were swirling around Kidd about the possibility of appointing the talented big to finally start and help their franchise star.

“I’m not hard and fast about anything,” said Kidd on the post game of Mavs-Celtics when asked about his belief on Wood starting or not. “[Doncic and Wood] have a great connection. … Look at what they did [in the fourth quarter]. They did a good job against one of the best teams in the league. So hopefully we can grow from this and we can have those two out there in Toronto.

“We’ve talked about changing the starting lineup,” Kidd continued when inquired about possibly shaking things up. “That’s one of the questions I ask every day to the staff. … We’ll talk about it tomorrow. We’ll talk about it Friday, and we’ll see what happens Saturday.”

With how things are currently going, it is yet to be seen on how truly the Mavericks will tap and handle Wood to help them end their inconsostencies.

Tim Hardaway Jr: “My teammates (were) keeping me positive” – TalkBasket.net