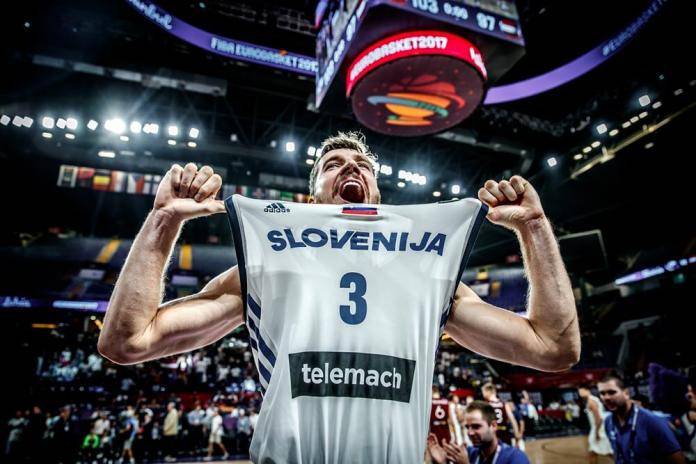 Reigning EuroBasket MVP, Goran Dragic will once again be joining Slovenia for this year’s edition.

Originally calling it quits following Slovenia’s maiden triumph in 2017, Dragic decided to make his return to the fold during the ongoing FIBA World Cup qualifiers.

And as the holders look to defend their crown, the 36-year-old NBA veteran will remain as he teams up with fellow superstar Luka Doncic.

He was included in the preliminary list recently released by the Basketball Federation of Slovenia. and in a statement, echoed by Michael Jordan, Dragic said: “I’m back,” .

Slovenia will take on Lithuania, Hungary, Bosnia-Herzegovina, Germany, and France in the first round of EuroBasket.