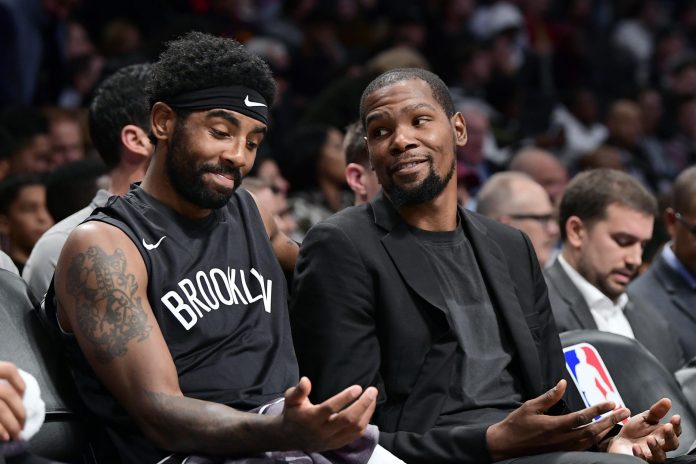 The biggest story of this offseason thus far is the future of Kyrie Irving who according to various reports has not discussed signing an extension with the Nets.

Two teams, namely the Lakers and the Knicks emerged in the media as potential suitors for the former NBA champion. One report even published a supposed wishlist of teams made by Irving as places where he would like to play next.

His superstar teammate and good friend Kevin Durant says he is just observing what is happening and ultimately has no control over the outcome.

via Net Income and Chris Milholen of NetsDaily:

“This is this man’s livelihood. This is much bigger than me. Being a free agent, it’s one of the most important times in your career. That can’t be swayed by anybody else. I just do me and wait for the time. There’s nothing that can happen right now. I don’t think he can even make a decision on opting out until the 29th, I think. I just let things play out and see what happens, but keep the regular contact up with Kai and see what happens. It’s something that’s so much out of my control that I don’t want to be a part of it. We’ll see what happens though.”

It is thought that in case Irving goes to another team that KD could also request a trade. Accordingly, Kyrie’s future could impact that of Durant.