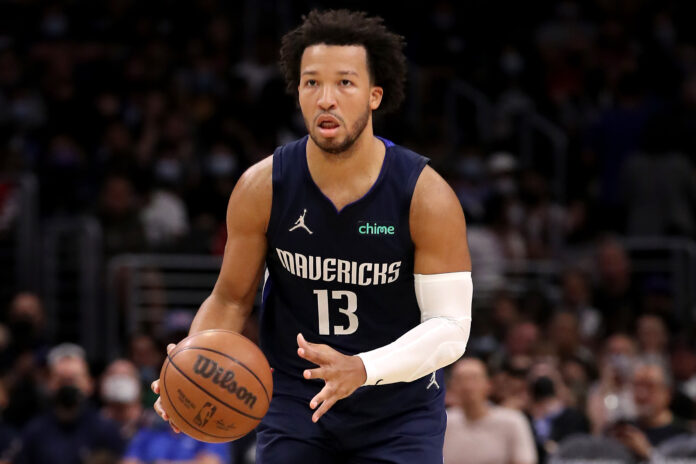 The New York Knicks are going all in to snag Jalen Brunson this offseason.

League sources told Marc Stein that the Knicks are “gaining momentum” on the Brunson sweepstakes, appearing to construct a lucrative $100M contract bid on the late bloomer guard.

In the recent draft night, the New York traded Kemba Walker to the Detroit Pistons, which signals their intent to clear their cap space to chase for Brunson.

Further, the club’s assistant coaching hiring of Rick Brunson, Jalen’s father, serves as a strong sign of their recruitment plan.

The Dallas Mavericks, in their case, have expressed their confidence to retain Brunson from the previous weeks. High executive Nico Harrison has noted that re-signing the former Villanova star is their “top priority” this offseason.

The Mavs hold their bird rights on Brunson, which means they can offer a five-year deal on him over the Knicks’ proposal.

Last season with the Mavs, Brunson has blossomed in his role as the second main man behind superstar Luka Doncic, averaging 16.3 points, 4.8 assists, 3.9 boards per 31.9 minutes.