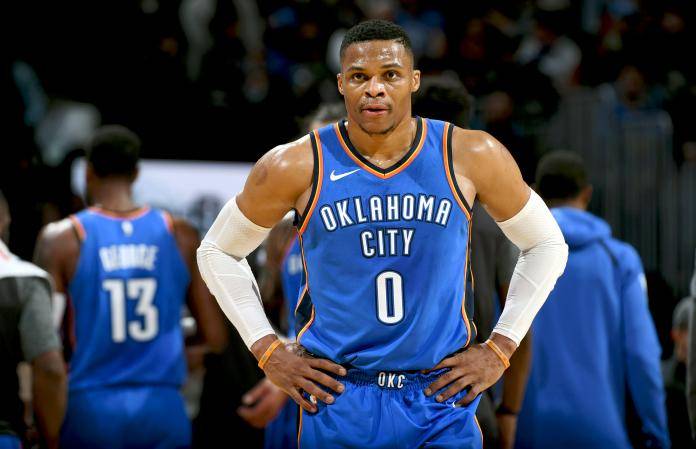 Russell Westbrook has been viewed as an unattractive trade target for teams due to his big contract and his struggles last season with the Lakers.

But as the offseason gets deeper, new reports are coming out about potential destinations for the former NBA MVP. Recently the Hornets were mentioned as having interest in acquiring Russ.

Anonymous Western Conference executive, however, is of the opinion that the most likely scenario is Westbrook returning to Oklahoma City where he started his NBA career and spent 11 seasons.

Via Ryan Aston of Heavy.com:

“The most likely scenario is still Russ ending up back in Oklahoma City, they can absorb him into cap space, give him a year where he can get back to being himself and grab a couple of picks in the process,” the exec said.