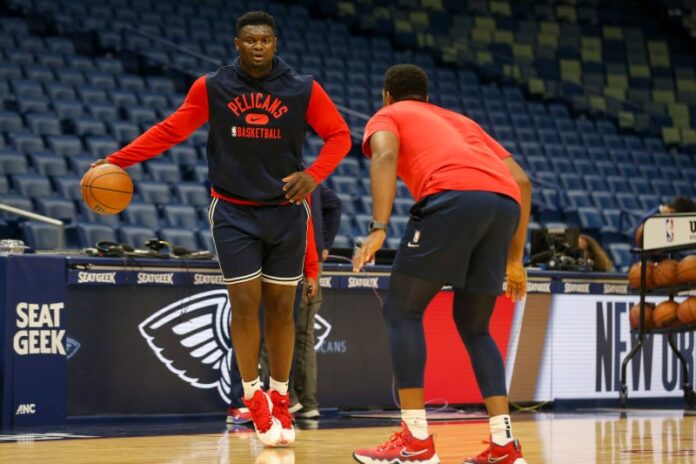 The New Orleans Pelicans announced that forward Zion Williamson was recently re-evaluated for his right hamstring injury. The re-evaluation showed that Williamson’s hamstring is healing as expected and he is making good progress with his recovery.

Williamson will continue his rehabilitation process, which includes strengthening his hamstring and gradually progressing to more movement. He will be re-evaluated again in two weeks.

Williamson, who sustained a right hamstring strain on January 2 at Philadelphia, has missed the last 10 games for the Pelicans. He holds season averages of 26.0 points, 7.0 rebounds, and 4.6 assists per game in 29 contests.