Garmin adds FDA-cleared EKGs to its Venu 2 Plus smartwatch 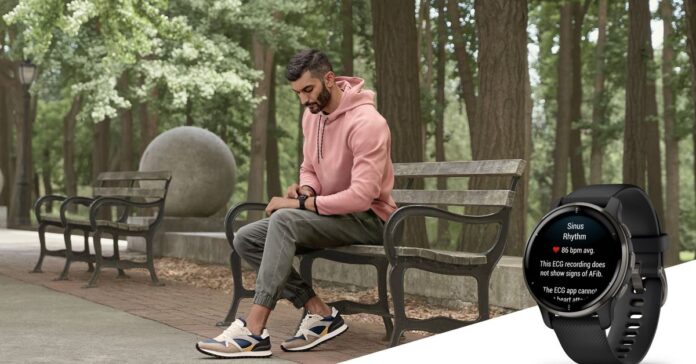 While smartwatch makers like Apple and Samsung are delving into rugged fitness, Garmin is shoring up its advanced health features. Today, the company announced that it’s adding FDA-cleared EKGs to its Venu 2 Plus smartwatch.

The EKG app will allow Venu 2 Plus owners to record a 30-second electrocardiogram to screen for abnormal heart rhythms, which may be an indicator of atrial fibrillation. The results will be available immediately on the watch or can be viewed later in the Garmin Connect app. Venu 2 Plus owners will also be able to create historical EKG reports that can be shared with their doctor. To get the EKG feature, you’ll need to make sure the Venu 2 Plus and Garmin Connect app are updated to versions 10.06 and 4.56, respectively.

For now, the EKG app will be available to US customers only. That said, in the future, Garmin says it’s planning to expand the feature to other devices as well as other regions, pending local regulatory approvals.

The feature itself isn’t that revolutionary. It’s similar to what we’ve already seen from Apple, Samsung, and Fitbit. Apple first added EKGs with the Series 4 in 2018, while Samsung and Fitbit followed suit in 2020. Most recently, Google also added FDA-cleared EKGs to the Pixel Watch via its Fitbit integration. However, these companies are known for creating lifestyle smartwatches and fitness trackers with a greater focus on health. Garmin’s claim to fame has always been its rugged endurance sports watches with in-depth training features.

You could read this as Garmin pushing back against Apple and Samsung, which both launched rugged fitness watches last year with the Apple Watch Ultra and Galaxy Watch 5 Pro. With that in mind, it makes a lot of sense that Garmin is choosing to launch its EKG app on the Venu 2 Plus. The smartwatch was introduced at CES 2022 and is the closest thing the company has to a full-featured smartwatch. Mainly, it’s the only Garmin with a microphone and speaker, enabling it to make and take calls from the wrist as well as access your phone’s digital assistant.

Adding EKG here makes it a more worthy alternative for lifestyle users who may be looking for a Fitbit alternative or an OLED smartwatch with true multiday battery life.