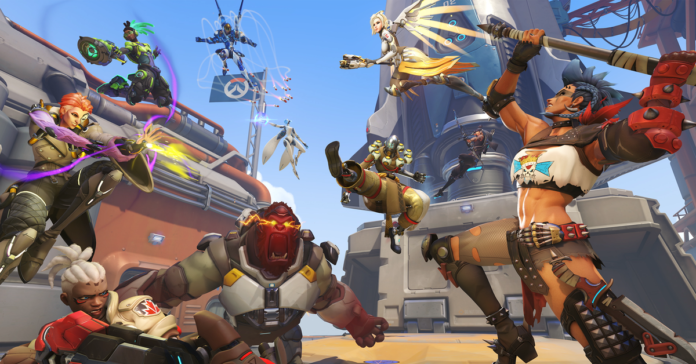 Overwatch 2 is out. After its somewhat clouded announcement, a couple of years of damn-near radio silence punctuated by frequent news of delays, the almost complete material neglect of the base game, the departure of the beloved Papa Jeff, several lawsuits resulting in the renaming of a central character, a fractured release schedule, a couple of closed betas, and the death of the original game, the sequel to 2016’s Game of the Year is finally here.

I will say upfront that it is impossible to write a comprehensive review for a live service game, especially a multiplayer-dependent one like Overwatch 2. It will take me a very long time post-launch to form a definitive opinion on this game (opinions I will, of course, share). But I can say, as an original Overwatch diehard, Overwatch 2 is exactly what you loved about its predecessor with a bunch more stuff you’re either going to be ambivalent about or actively dislike.

In the pre-launch days of the closed betas, I remember being annoyed at some of the takes I saw about the game on social media. Folks were calling it Overwatch 1.5, and I couldn’t understand, seeing the new characters, maps, new game modes, battle pass, and new 5v5 team setup, how people couldn’t see how much this Overwatch would be different. But then I played it, and I understood.

I am a lapsed Overwatch player. Even though it was and still is my game, I haven’t played consistently for some years now. And when I sat down to play Overwatch 2, for good or ill, it was like I had never left.

I appreciated that the game hadn’t changed so much that I needed to relearn the controls. The same buttons trigger a melee attack or your primary fire or your special “ultimate” attack. The different strategies for the multiple game types also remain unchanged. Even the new Push map type is so reminiscent of the payload game modes that the old strategy of “get on the payload, Shinji” works just as well for it as it does the old mainstays of Hybrid and Escort.

The original Overwatch’s formula worked, and that formula serves its successor well. In particular, the game’s sound design remains unparalleled. When I hear big, clopping footsteps, I know to put my head on a swivel because an enemy is close by. And even without seeing an enemy’s team composition, I know if they’re fielding a Tracer, or an Ashe, or a Lúcio on the sound of their guns alone. It’s a great little tidbit that I’m glad remains unchanged.

I appreciated that the game hadn’t changed so much that I needed to relearn the controls.

Another part of what made the original Overwatch special and continues with OW2 was the characters and the way they emote and interact with one another. There was a great little clip shared on social media of Pharah and Mercy chatting with each other in which Pharah exhorts Mercy to fly to her if she’s ever in danger. It’s so obviously sweet and sapphic as hell and a neat little homage to what is perhaps the most popular ship in the game. (Hanziddy stans, do not interact.)

There is another seriously great line in which Reaper — a character whose story features themes of gruesome death and even more gruesome resurrection — says, “They can’t kill me in a way that matters,” referencing one of the all-time great Tumblr shitposts. I hyena cackled upon hearing it, remarking to myself, “Yup, that’s the Overwatch I know.”

Of course, not everything’s different. The changes Blizzard added to the game add a layer of complexity, if not a bit of frustration. Going free to play concerns some players, especially in light of Diablo Immortal’s aggressive monetization model, and doubly so since heroes must now be earned via EXP on the free battle pass or outright bought in the premium one. The new battle pass progression feels slow, so slow that it might better tempt players to just buy the premium battle pass. It was difficult enough to gain battle pass experience during the review period as a lot of the games were formatted as custom matches that do not grant EXP. The times when the server was populated enough to support queueing for Quick Play matches, the EXP I did receive made it seem like it’ll be a tough slog for casual players to level. I remember once seeing I only earned around 1,300 EXP points for a match my team won even with several EXP bonuses. I get that the idea isn’t for players to blow through 80 levels of battle pass too early in a nine-week season before it restarts. But I still think it should be at least possible for off-and-on players to finish without chaining themselves to a desk, and right now, it doesn’t feel like it is.

The reason for my low EXP earning could be explained by my play style. I have a tendency to stick to one hero or role throughout a match, and — owing to my long absence — I kinda suck right now. Hopefully, as I improve, the EXP I earn increases, so battle pass progression doesn’t feel so Sisyphean.

I also have a slight bone to pick with Push: the map takes too damn long. Push maps last for around 9-10 minutes if you aren’t so thoroughly steamrolled that the enemy team pushes the bot the full distance. Push is also mechanically indistinct from other payload maps. You push something, and you stop the other team from pushing. Despite the different maps and their distinct geography with lots of shortcuts and places for vertical positioning on the ground, it just doesn’t feel new like it should. There are two other map types that do the same thing, so there was no need for a third. Which is why I yet again summit my soapbox to proclaim Assault was not a bad game type, and we are worse off now that Push is replacing it.

A final gripe: I miss the after-match scorecards. The summary screen that displayed after a match with statistical highlights has been replaced with a leaderboard you can bring up during the match. Your personal stats are preserved in a dedicated section under your profile, and the system that lets you vote for the match’s MVP has been replaced with the recommendation system. But I miss the brief after-action reports that, in a few seconds, let me digest the highlights of the match. That information doesn’t matter to me all that much, but it was nice to see a quick recap of what happened in the brief seconds before the next match in a way that I don’t have to go looking for it. Because I won’t.

Overwatch 2 has a branding problem. The “2” implies something new or different or at least fundamentally distinguishable from what came before. But as it is, it’s just not, particularly for a numbered sequel to one of the most popular shooters of all time. Playing rekindled all those old, happy feelings I hadn’t experienced since the early days of Overwatch, and part of that is because it just feels the same. But it’s too early to say if that’s enough for Overwatch to make its comeback.

I also know that more is coming. More that will hopefully make the game feel more like the true sequel it’s supposed to be and not some half-measure.