HomeTechSpark’s new app wants to fix how you email — even if...
Tech 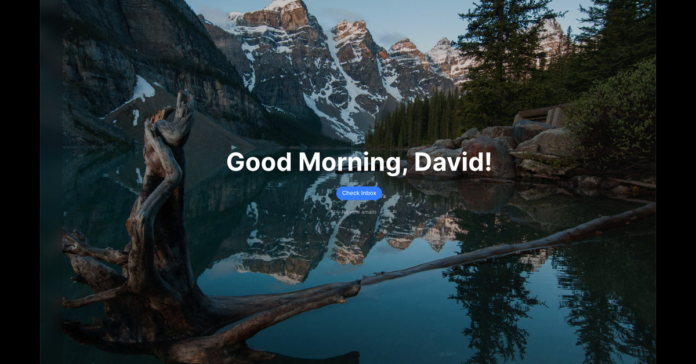 Spark has long been one of the best and most popular third-party email apps. Its developer, Readdle, managed to build a tool that is clean, fast, and simple in a market where very few apps check all three of those boxes. It works across multiple platforms, handles multiple accounts with ease, and is free for practically everyone.

But Spark’s new app, which is available now for Mac (though the App Store version is still behind), Windows (for the first time), iOS, and Android, takes a completely different approach. It asks — and sometimes forces — you to be more thoughtful about how often you look at your inbox. The new desktop app no longer also includes a calendar view and focuses entirely on email. It has very specific ideas about where messages should go, in what order they should be presented, and who should be allowed to email you at all. Spark isn’t just an interface on top of your Gmail anymore; it’s a full system for your email.

You’ll have to pay to use it, too: Spark Premium, which includes most of the app’s newest features, costs $4.99 a month or $59.99 a year. (Spark for teams is more expensive and includes some other collaboration and messaging features.) That’s nothing compared to, say, the $30 monthly fee for Superhuman, but it’s still going to be too much for a lot of people working with free Gmail accounts. Personally, while I appreciate the app’s design and the fact that it’s still smooth and fast, I’m not sure Spark’s vision for optimizing email works the way I do.

It is a canonical truth of the email app industry that the one thing you can’t do is mess with the order of someone’s inbox. Many companies have tried novel ways of automatically grouping and sorting your messages — Google’s Inbox, most notably — and most have eventually been forced to give in to the supremacy of the reverse-chronological inbox.

Spark tries to split the difference, automatically categorizing some messages into bundles, like “Newsletters” and “Notifications,” but letting you quickly recategorize anything you want through the app’s new Command Center. It uses the Command- or Control-K shortcut that’s starting to show up in a lot of productivity tools. (Anyone who lives in Slack all day for work is familiar with this keyboard shortcut.) And in that menu, you can navigate around the app or quickly decide what to do with a message.

By default, Spark puts “emails from real people” at the top of your inbox. In my experience with other apps that try to do this, it almost never works — turns out a lot of the crap in your inbox actually does come from real people. More useful: Spark’s tool to mark certain senders as priority, which both moves all their messages to the top of your inbox and highlights them so you can’t help but notice. It’s a “don’t forget to reply to your boss” feature, and it’s a good one. I also appreciate the “Mute threads” feature, which will stop notifying you about a conversation you no longer care about. It’s still there; you just don’t get pings about it.

The most unusual thing Spark does, though, is make your email a little harder to get to. The first time I opened the app after updating it, it took me straight to my email. The second time, it went instead to a picture of a still lake in front of a mountain, with a message: “Good morning, David. Your next email session is scheduled for 6:00 PM.” It was 9:29AM! And I hadn’t told Spark I didn’t want to check my email for the next eight and a half hours! A small button below the message took me to my email, but the message was clear: email is a thing to be looked at a few times a day, not an ongoing all-day concern.

It’s telling that Spark turns this feature — called “Email Focus Schedule” — on by default. You’ll only see it if you close and reopen the app, though you can also turn on a setting that fades back to the homescreen after a few minutes of inactivity. You can change it all to whatever you want, but it starts with two email checks a day, at 9AM and again at 6PM. I’d love to be on that email schedule, but it’s really not feasible for most people. (You can tweak it in Settings, under Home Screen.)

A lot of Spark’s new features remind me of Hey, Basecamp’s bold new take on an email service that sparked a big fight between the developers and Apple’s App Store. When someone emails you for the first time, for instance, Spark’s “Gatekeeper” feature now floats their name to the top of your message list, where you can decide to allow them into your inbox or permanently filter them out.

I like this feature, but combined with everything else, it makes your inbox a lot less scannable. I got one email from a new sender, hit the thumbs-up to accept it, and the message just disappeared. I eventually found it in a Notifications bundle, but I would much rather have just opened the email.

The bundles aren’t particularly smart, either, at least at first. Like too many other email apps, Spark considers calendar invites to be notifications, not the time-sensitive messages they actually are. I got notifications pushed to Newsletters, and newsletters pushed to Notifications. The app makes it easy to move things around and seems to learn and improve over time, but making the most of the new Spark will take a fair amount of work.

You can turn off nearly all of Spark’s big ideas, and I did just that pretty quickly. It’s not that they’re bad ideas or poorly implemented; it’s just that I’ve been dealing with my email the same way for decades, and I just can’t talk myself into investing in one tool’s ideas about how I should email. One thing I like about Mimestream, a new email app for macOS, is that it works in tandem with Gmail — it uses Gmail’s multiple inboxes, folders, and filters, so anything I do in Mimestream is reflected everywhere I use Gmail. Spark is a platform all its own.

All that said, the new Spark is still clean, fast, and simple, and that’s still a rarity in the email world. It wants you to rethink everything about how you email, but it can also just be a pretty good tool for the way you already do. You’ll just have to uncheck a few boxes first.