The base M2 14-inch MacBook Pro has an SSD downgrade 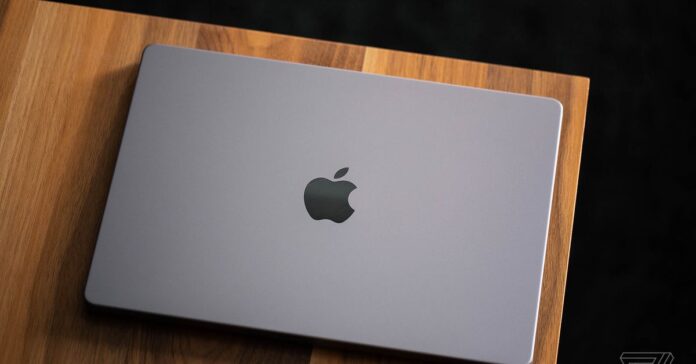 The base level 14-inch M2 MacBook Pro reportedly has a slower SSD than its predecessor, according to tests done by 9to5Mac. In BlackMagic’s Disk Speed Test, the 512GB SSD in Apple’s latest flagship achieved read speed scores of around 2,970 MB/s and write speed scores of around 3,150 MB/s, compared to 4,900 MB/s reads and 3,950 MB/s writes that the M1 Pro with a 512GB SSD was capable of.

The reason for the difference is likely down to chips. According to 9to5Mac, the 512GB SSD in the previous-gen 14-inch had four NAND storage chips, whereas the one on the M2 Pro seems to have two. Those are obviously higher-capacity chips, so the computers have the same amount of storage but with worse performance because they can’t parallelize reads and writes as much.

Building newer generations of computers with fewer NAND chips isn’t new for Apple. Both the 256GB M2 MacBook Air and 13-inch MacBook Pro had slower storage than the M1 versions of those machines. (The situation was even worse with those machines, which had a single NAND chip.) But those are relatively entry-level laptops; the 14-inch MacBook Pro is a $2,000 computer aimed at creative professionals and developers — it’s not a place you’d expect Apple to cut corners or sacrifice performance.

It’d be even more annoying if the $2,500 16-inch model with a 512GB SSD also has this setup, though, as far as I’m aware, no one has confirmed this one way or the other. We asked Apple about it, and the M2 Mac Mini with a 256GB SSD, but didn’t immediately get a response.

However, MacRumors reports that the 256GB M2 Mini does indeed only have one NAND chip, similar to Air and 13-inch Pro. Again, I’d argue that’s more acceptable on a machine that costs $599. But while it’s unfortunate that the base M2 Mini has a slower SSD than M1 one did, there is a tradeoff — the M2 model starts at $100 less than its predecessor. Given everything the computer offers in terms of real-world performance, perhaps it’s hard to complain.

Thankfully, it seems like MacBook Pro models with upgraded storage don’t come with the same performance hit. Tom’s Guide and Laptop Mag tested a 14-inch M2 Pro-equipped laptop with a 2TB SSD, as well as one with an M2 Max processor (which is only available with a 1TB SSD and up), and the storage turned out to be roughly as fast or faster than the previous-gen models. MacWorld found a similar situation with the 16-inch models.

This isn’t to say that newer Macs with base-level SSDs will be unusably slow. The benchmark screenshots posted by 9to5Mac show that the one in the 14-inch still has enough bandwidth to play back 12K ProRes 422 HQ footage at 60FPS. It also still handily beats the 1TB SSD in my 13-inch M1 MacBook Pro, which has been totally sufficient even when I ask it to do heavy video editing tasks, and is faster than the 256GB SSD in the M2 MacBook Air and 13-inch Pro.

Still, it’s a bit of a bummer to see that, in at least one aspect, the base-level M2 Pro machines are measurably worse than their predecessors.