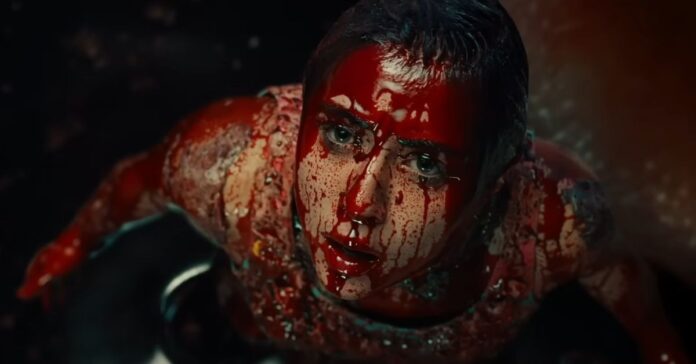 The first trailer for The Boys spinoff show Gen V shows us that superpowered college students are just as flippantly violent as the grown-up supes from the original series. The show takes us to Vought International’s Godolkin University — a college that specializes in educating the next generation of superhumans — where it appears the students are getting a head start on all of the murder and mayhem inflicted by established heroes like Homelander.

Details for the upcoming Amazon series are a tad skinny in regard to plot or characters, but this first look should reassure any fans of The Boys that the apple hasn’t fallen far from the tree. Alongside a shot of a character who looks as though they’ve been marinating in a vat of blood (reminiscent of The Boys protagonist Hughie Campbell’s own numerous gory mishaps), we also see brutally disemboweled puppets from an apparent Avenue Q spoof called Avenue V, wild student parties, and someone who can seemingly shoot intestines out of their hands to strangle opponents. Nice.

Amazon hasn’t yet provided an official release date, but the show will premiere on Prime Video sometime in 2023 — possibly before the fourth season of The Boys hits our screens.