HomeTechThis site lets you listen to nature sounds from all over the...
Tech 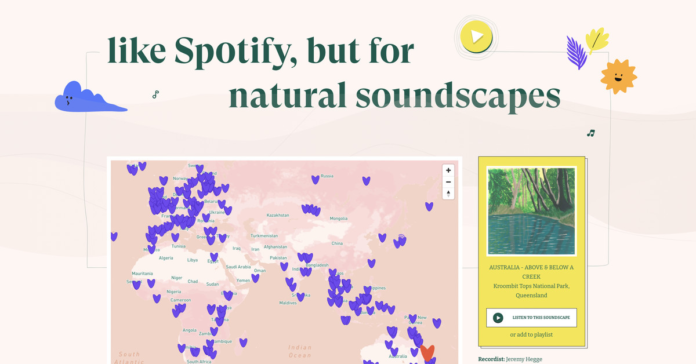 For people who love discovering new sounds, there’s an intriguing new site that collects soundscapes from around the world.

The site, Earth.fm, bills itself as “Like Spotify, but for natural soundscapes.” You can listen to bird species in Malaysia or India or forest sounds in Ghana. The sounds are gathered from numerous contributors who have experience recording the natural world in places including Brazil, Spain, Norway, New Zealand, and the United Kingdom. The website features sounds from locations like national parks and the everglades.

Users can create their own specialized playlists of sounds available on Earth.fm, zipping from Brazil to Egypt in a matter of minutes.

The website notes studies in its About Us page that show the benefits of soundscapes on someone’s well-being, including the positive effect of water sounds and bird sounds for stress. The site also functions as a kind of conservation tool, noting that “soundscapes are increasingly scarce as we humans continue to destroy the natural ecosystems which produce them.” In addition to listening to each of the soundtracks, you will also be introduced to environmental non-profits like some dedicated to planting trees and nature restoration. (The non-profits may or may not be local to the areas that are tied to a specific recorded soundscape.)

Earth.fm does add new sounds every three days for a new experience. If you’re looking for a moment of zen, it’s a great reminder that there’s a beautiful, noisy world out there.