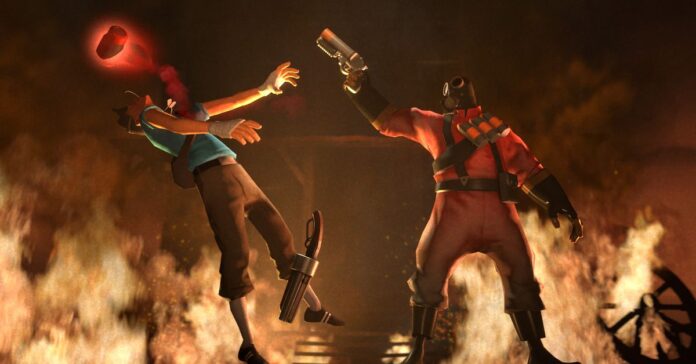 Valve has responded to a campaign from Team Fortress 2 players who want it to fix the game’s bot infestation that has made it almost unplayable in recent years. “TF2 community, we hear you!” the company tweeted from the official Team Fortress 2 Twitter account. “We love this game and know you do, too. We see how large this issue has become and are working to improve things.”

Currently, Team Fortress 2 is suffering from huge numbers of automated players on its public servers that are ruining the game for legitimate users. According to IGN, bots will post endless spam in chat, snipe other players with unflinching accuracy, and even crash servers entirely. Last year, podcast Reply All dedicated an entire episode to the issues plaguing the nearly 15-year old game.

TF2 community, we hear you! We love this game and know you do, too. We see how large this issue has become and are working to improve things.

In response, frustrated fans have converged around the #SaveTF2 hashtag in an attempt to get a response from Valve. “TF2 is in an unplayable state,” a Reddit post organizing the protest reads. It currently has over 38,000 upvotes and 2,410 comments. The campaign styles itself as “a peaceful protest.”

There have been various signs over the years that Valve is taking steps to address the problems. Eurogamer reported that the game was patched in mid-2020 to help with the issues, followed by more measures the following year. But problems have persisted, and there’s been little official communication from Valve on its progress. For context, today’s tweet from the official Team Fortress 2 Twitter account was its first in almost two years.

Despite the bot infestation, Team Fortress 2 has continued to be one of the most popular games on Steam. Right now, it’s the sixth most played game on Valve’s service, with over 70,000 concurrent players, putting it above other popular titles like Grand Theft Auto V, Destiny 2, and FIFA 22.

Team Fortress 2 is far from the only online title to have faced problems with people cheating and hacking the game. Titles including Call of Duty: Warzone and Halo Infinite have been forced to roll out increasingly strong anti-cheat measures of their own, in an attempt to keep their games enjoyable for legitimate players.