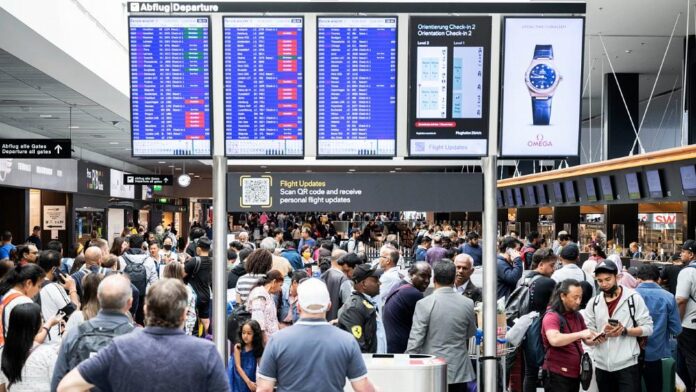 Flights have been cancelled and delayed after a technical glitch in Switzerland’s air traffic control system.

It saw Swiss airspace closed on Wednesday morning, halting takeoffs and landings at airports in Zurich and Geneva airports for hours.

Geneva Airport said air traffic had gradually resumed since 8:30 CEST. Several flights had been cancelled, it said on Twitter, telling travellers to check with their airlines to see if their flight is still on.

Zurich airport had scheduled 330 flights and Geneva 211 on Wednesday, according to FlightRadar24 data.

Europe’s airport strikes: Why are workers walking out?