HomeTravelFrom Primavera to Picasso, here’s why you should visit Madrid in 2023
Travel

From Primavera to Picasso, here’s why you should visit Madrid in 2023 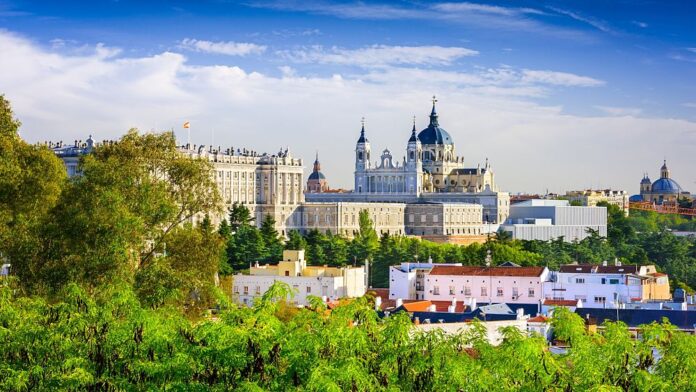 From the aristocratic architecture of Chamberi to the late-night bars of Chueca, Madrid is one of Europe’s trendiest cities. With world-renowned art galleries and a thriving food scene, Spain’s capital is the perfect destination for a longer break or a weekend stay.

And this year Madrid is adding even more cultural events to its repertoire. Throughout 2023 the city will pay homage to one of Spain’s most important artists, Pablo Picasso, while in June the capital will host Primavera Sound, one of the country’s most famous music events.

With so many exciting activities to choose from, we’ve picked our favourite things to eat, see and do in this energetic, cosmopolitan capital.

What are the best restaurants in Madrid?

“We are experiencing a gastronomic revolution. Madrid is a place where you can have unique and exclusive experiences, which you cannot experience in other parts of the world,” says Héctor Coronel, General Manager of Madrid Tourism Board.

A Guinness World Record holder, Casa Botin was founded in 1725 and since then it’s been a bastion for traditional Madrilian cuisine. This isn’t a restaurant for vegetarians though, as even the vegetable dishes come with a hearty serving of Iberian ham. Expect to find suckling pig, seafood and lashings of rich meat on the menu.

For those who long for something a bit more theatrical, Dabiz Muñoz’s three Michelin starred DiverXO might be the place. Named ‘the best chef in the world’ at the Best Chef Awards in 2021 and 2022, the mohawk-sporting ‘enfant terrible’ of Spanish cooking combines traditional Spanish flavours with Asian and Nordic influences.

With fame and fortune comes a long waiting list though, so make sure you book far, far in advance.

What Picasso events are happening in Madrid in 2023?

While Muñoz’ may be rocking the food world in the 21st century, Pablo Picasso once rocked the art world. 8 April this year marks 50 years since the great artist’s death at the age of 91 and to mark the occasion Spain is hosting ‘Celebrating Picasso 1973-2023 across the country.

In Madrid, highlights include ‘Picasso – El Greco’, which will run at the Prado Museum from June to September. This exhibition will intersperse the work of Picasso with the artworks of one of his biggest influences, Renaissance artist Le Greco.

Art lovers can also check out ‘The Last Picasso 1963-1972’, a review of the last 10 years of the artist’s life, which will examine his legacy through the eyes of contemporary artists. The exhibition will run from May to September at La Casa Encendida.

There will also be activities for children taking place at the Prado Museum and the Reina Sofía Museum throughout the year.

When is Primavera Madrid 2023?

If music is more your thing then you’ll be pleased to hear that Primavera Sound Festival is coming to Madrid in 2023. For the first time, Barcelona’s premier music festival – which has already been exported to North and South America – will be taking place across both Spanish cities. The Madrid leg will fall on the weekend of 8-10 June, with the Barcelona event taking place the weekend before.

The festival will be held at the Ciudad de Rock in Arganda del Rey and will feature over 200 bands and artists, including Depeche Mode, Kendrick Lamar and Blur.

If you’re hoping to visit a little later in the summer, Mad Cool Festival takes place from 6-8 July and features headliners such as the Arctic Monkeys, Metallica and Dua Lipa.

Can I get my money back? The facts on cancelled Flybe flights

Ancient ruins and active volcanoes await you in Guatemala