HomeTravel'I was in the water for 11 hours': 2009 plane crash survivor...
Travel

‘I was in the water for 11 hours’: 2009 plane crash survivor testifies 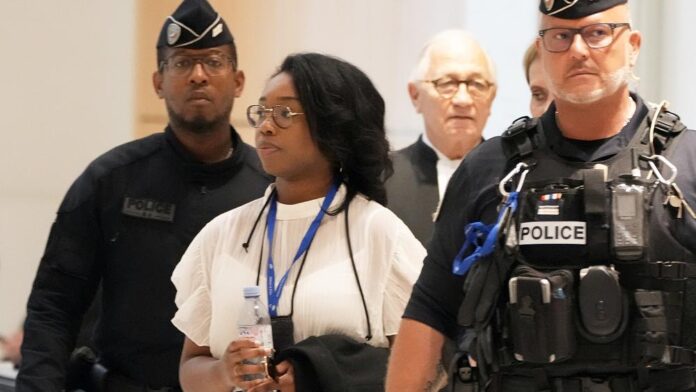 The lone survivor of a 2009 plane crash in the Indian Ocean took to the stand on Monday in a Paris courtroom, recounting her ordeal as a 12-year-old girl hearing screams, clinging to floating debris and desperately hoping that her mother was still alive.

Bahia Bakari’s mother was among 152 people who died on the flight operated by Yemen Airways, which is now known as Yemenia.

Composed throughout her testimony, Bakari cried as she mourned her mother’s loss. Others in the courtroom broke down crying too.

Bakari, dressed all in white and praised for her bravery by judges and lawyers, delivered powerful testimony in a room heavy with emotion.

“We were landing, I started to feel some turbulence but people didn’t seem worried about it. Then I felt an electrical shock and I woke up in the water. I don’t remember what happened between sitting in the plane and being in the water. I have a black hole,” Bakari said.

What was Yemen Airways charged with?

Yemen’s national carrier is charged with manslaughter and unintentional injuries over the crash, which occurred at 11:53 pm, causing the deaths of 141 passengers and 11 crew members. 65 of the dead were French citizens.

Now 25, Bakari was 12 when she took the plane with her mother to go to Comoros off Africa’s eastern coast to attend a wedding. The plane departed from Paris, made a stopover in the southern French city of Marseille and then landed in Sanaa. Bakari described switching to a smaller plane to go from the Yemeni capital to Moroni in the Comoros. It was a night flight and Bakari remembered that “everyone was exhausted.”

After the plane plunged into the ocean, she grasped a floating part of the destroyed plane and stayed in the water for 11 hours before being saved by fishermen.

Bakari remembered hearing “female voices which screamed for help in Comorian” at first. She then fell asleep and woke up alone: “It was so long. I almost gave up. I almost lost hope. Thinking about my mom helped me to hold up. I convinced myself that everyone except me made it home safe.”

As the hours passed, she said, “I lost track of time when I was in the water.”

After her rescue, Bakari was taken to the Moroni hospital then repatriated to France. Bakari suffered a broken collarbone, a broken hip, burns and other injuries.

Today, “I don’t suffer any physical effects, but my mother is gone. I was very close to her,” she said, in tears.

The young woman, who now works in real estate, has two younger siblings and relied mostly on her father who helped her deal with the trauma. She didn’t seek therapy after leaving the hospital.

“I didn’t feel comfortable talking to a stranger. I was close with my family,” she said.

Bakari said she is “doing much better now,” and resumed flying two years after the crash. She said she doesn’t suffer traumatic flashbacks, but she isn’t at ease in the water.

Bakari couldn’t attend her mother’s funeral because she was still in the hospital, but said she considered herself lucky because her mother’s body was identified, and she had a proper grave.

What happened in the Paris courtroom?

Bakari, who describes herself as “a proud Comorian,” stood with the more than 250 plaintiffs, who mostly come from Comoros, in a packed courtroom. The trial was broadcast live in a courtroom in Marseille, where many victims came from.

She co-wrote a book “Bahia, the Miracle Girl,” and told the court she did it for the victim’s’ relatives, to “leave them something to hold on to.”

Despite the pain of reliving the memories, she said she felt relieved to have a trial, even so many years later.

In 2015, the airline was ordered in civil proceedings by two French courts to pay more than €30 million to the victims’ families, who deplored the slowness of the procedure between France and Comoros, a former colony that became independent in 1975.

In 2018, a confidential agreement was signed between the airline and 835 beneficiaries, who had to wait several more years to receive compensation.

No representatives of the company attended the Paris trial. Bakari deplored the absence and said she wishes the company would apologise.

See inside the Australian diner where the customer is always wrong

British Airways staff at Heathrow vote to strike this summer