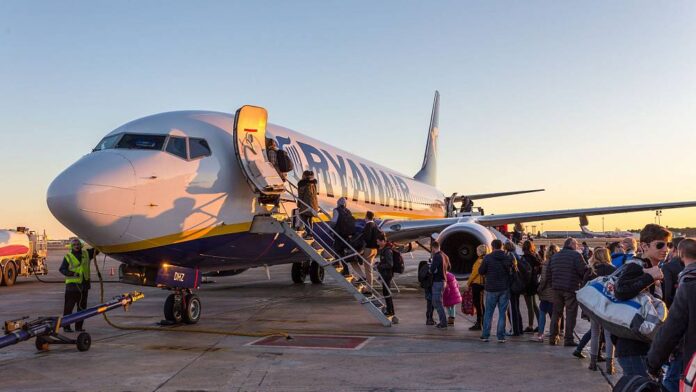 Cabin crew from budget airlines Ryanair and Vueling will strike across Italy on 1 October.

Cancellations and disruptions are likely as pilots and flight attendants walk off the job to demand higher pay and better working conditions.

The industrial action – coordinated by the Italian Filt Cgil and Uiltrasporti unions – is also a protest against the recent redundancies of 17 Vueling flight attendants based in Rome.

Ryanair staff will hold a 24-hour walkout, while Vueling staff will strike for a total of four hours, from 1pm to 5pm.

Why are Italian airline staff striking?

Vueling and Ryanair staff are striking to demand better working conditions. The action follows similar walkouts in June and July this year.

“Italian workers (deserve) contracts that guarantee decent working conditions and salaries at least in line with the minimum wages provided for in the national air transport contract of our country “, a union statement reads.

The action is the latest in a series of strikes that have grounded planes across Europe this summer.

The wave of protests are partly a response to skyrocketing inflation that is eroding wages across the continent.

Will my flight be cancelled and am I entitled to compensation?

Airlines have not yet indicated how many flights will be cancelled as a result of the strike.

Under Italian civil aviation law flights are guaranteed from 7am to 10am and from 6pm-9pm – even during strike action.

However, it is likely that airlines will have to ground some trips.

If your flight is delayed or cancelled, don’t panic. You are entitled to compensation under EU regulation EC 261, which protects all flights within the EU.

This means your airline is required to compensate you if your trip is significantly disrupted, usually a delay of 3 hours or more.

For more details on your rights, check out our explainer here.