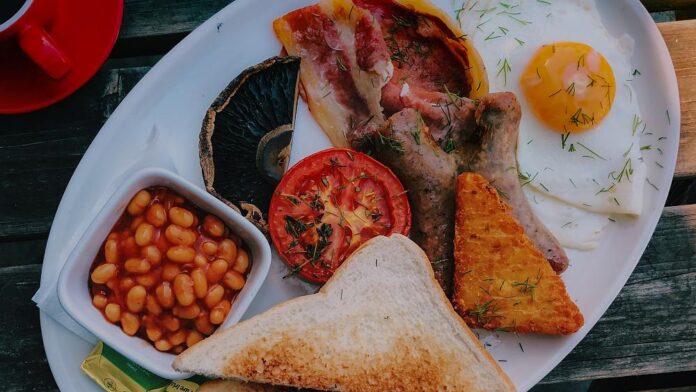 Guests at the UK’s biggest budget hotel company will soon be able to choose a plant-based meat option at the buffet breakfast.

Premier Inn has announced a partnership with vegan protein company THIS in a bid to cater to the growing number of Brits opting to reduce their meat consumption.

The UK’s largest hotel chain has teamed up with THIS to bring a vegan meat option to all of its hotels. The buffet breakfast menu at Premier Inn’s 852 locations will now include vegan bacon.

The plant-based rashers, called THIS™ Isn’t Bacon, are made from pea and soy protein.

The vegan bacon will be provided as an option in Premier Inn’s all-you-can-eat buffet and its kids-eat-free deal.

There has been a rise in demand for meat-free meals

Premier Inn says their decision to include a plant-based option comes as more and more Brits are choosing meat-free options over animal products for their daily meals.

Research released by YouGov found that 27 per cent of people in the UK are considering eating fewer animal products, with many citing the environment as their motivation.

“This has been fuelled by a heightened sense of personal health and environmental awareness, post-pandemic,” adds Shovel.

While supermarket shelves now provide many meat-free protein options for vegans and flexitarians, many still want more choices when eating out.

In a survey conducted by THIS in May, 75 per cent of Brits said they wanted to see more plant-based options in hotels, cafes and restaurants.

The same study found that 48 per cent of Brits would consider eating plant-based bacon or sausages for their morning meal.

The Ekin-De effect? Flights to Turkey and Italy soar

LGBTQ+ travel: This airline has relaxed its gendered uniform rules

What does the falling pound mean for your next holiday?