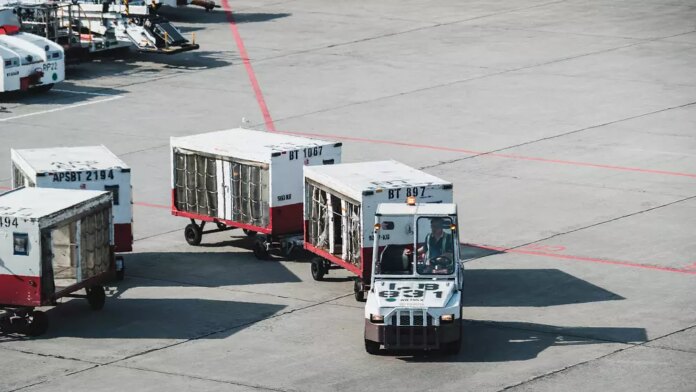 At least 100 managers will help with sorting, scanning and loading luggage over the next few months, according to an internal memo seen by the BBC.

The airline hopes the initiative will combat shortages in baggage handlers after thousands were laid off during the pandemic.

At least 100 senior executives at Qantas have been asked to swap their office jobs for ground staff roles over the next three months.

In an internal memo shared with the press, the company’s chief operating officer Colin Hughes asked staff to volunteer for the roles.

“People who respond to the EOI [expression of interest] will be trained and rostered into the ramp environment at Sydney and Melbourne airports,” the note said.

“These people will support our ground handling partners, who are managing the Qantas operation, over a three-month period from mid-August.”

The chief operating officer added: “There is no expectation that you will opt into this role on top of your full-time position.”

The memo also stated that applicants should be able to lift baggage weighing up to 32 kilograms.

The initiative comes as the airline struggles with continuing labour shortages amid a post-pandemic surge in traveller numbers.

Why is Qantas having problems?

During coronavirus lockdowns in 2020, Qantas laid off at least 1,600 baggage handlers and outsourced their positions to contractors. The decision has since been ruled unlawful, although the airline has said it will appeal.

The once highly rated carrier has been frustrating customers with delayed or cancelled flights this summer and lengthy queues at airports. The memo says that around 200 staff from its head office have been helping at airports during peak travel times since Easter this year.

The airline hopes to combat these issues by scheduling fewer flights next month and taking on more employees.