The Kashmiri female taekwondo athlete aiming for the Olympics 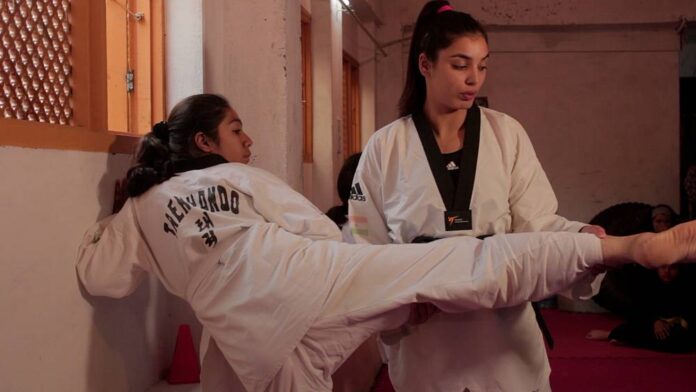 SCENES shines a spotlight on youth around the world that are breaking down barriers and creating change. The character-driven short films will inspire and amaze, as these young change-makers tell their remarkable stories.

Afreen Hyder, 22, devotes her life to the sport of Taekwondo.

The training, lifestyle and routines she follows are all geared towards achieving her goal of representing India in the 2024 Olympics.

“Every day when I wake up, I think of representing my nation at the Olympics. That has always been my goal and that’s the only thing that motivates me every day. I’m working hard for it and I know that I will reach there,” says Afreen.

Afreen is currently the highest-ranking female Taekwondo athlete in India and is ranked among the top 100 in the world. Her passion for the sport started at age seven when she had her first Taekwondo lesson.

‘For me, it’s everything’

In her early years, Afreen’s former coach Atul Pangotra recognised her potential. “She had a spark in her eyes, the willpower to do things and a passion for playing the sport. I worked hard on her basic techniques and she quickly adapted to the training,” Atul explains.

“When I started practising Taekwondo, it was just a hobby. When I graduated from high school, I had to choose something for my career and I chose Taekwondo professionally. I was very clear in my head that I had to do Taekwondo and nothing else. For me, it’s everything,” she tells Scenes.

Afreen grew up in Jammu and Kashmir, a region administered by India, where she says self-defence is a valuable skill for women to learn. “Self-Defence is important for women because they face adversity daily,”

Afreen explains. “It is not just about kicking, punching and defending yourself. It’s also about your confidence. I think confidence helps prevent you from getting into difficulties.”

Afreen suffered a devastating blow after being confined to bed for three months with a back injury. Her doctors told her she might never be able to practice Taekwondo again.

“I think that has been the lowest moment in my life because everything I had dreamed about was coming to an end, but somehow with a lot of physiotherapy and willpower, I’m back competing and the injury doesn’t bother me anymore,” she says.

Inspiring the next generation

Despite her lack of formal coaching qualifications, Afreen set up a Taekwondo academy in 2019 in Kashmir to encourage young people to learn more about the sport she loves. “I really wanted to share my knowledge and experience with young people because Kashmir lacks a decent infrastructure for Taekwondo.”

Hadiqa, a Taekwondo academy student, told Scenes that Afreen is her idol.

‘My mother never discouraged me’

The success Afreen has achieved in sports is greatly credited to the support of her mother. “I remember when I started playing Taekwondo, there were girls who used to cry because their parents wouldn’t let them play. My mother never discouraged me. She always motivated me,” she recalls.

Shiraz Malik is a single mother who taught her daughter that she could achieve anything she wanted. “I feel proud that my daughter is not just mine, but she is the daughter of our nation. She is making India proud. My dream is my daughter’s dream. She wants to compete in the Olympics and I am sure she will get there,” says Shiraz.

Throughout her career, Afreen has faced negativity, despite being trained by some of the best coaches in India and winning several medals at state and national competitions. Her strong will and desire motivate her to keep going. “If you love doing something, it doesn’t have to make sense to others. If you really love doing something, you just go out there and do what you love,” she states.

Can I get my money back? The facts on cancelled Flybe flights

Ancient ruins and active volcanoes await you in Guatemala